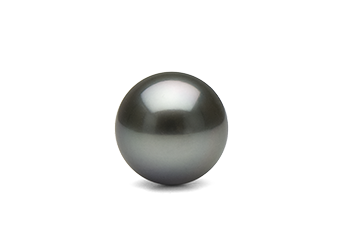 Krewe of the Black Pearl
It is an interesting story of betrayal that was the beginning of the Krewe of the Black Pearl. Once loyal to a Captain and his band of fellow pirates on board a Spanish Galleon, a small group of pirates was expelled. Since this small group of pirates was the most loyal and profitable to the Captain, it came as quite a surprise to be treated in such a poor manner. It turns out that the Captain and his following of pirates were the kind to wear two faces. They had no pirate code of honor.

Though it did turn out to be the sweetest revenge to this small group of expelled pirates who were now free to pillage and plunder for their own bounty. They soon had the good fortune to meet up with an old shipmate and together they commandeered a ship from Queen Anne’s Royal Fleet. This ship became the Black Pearl.

As for the Krewe of the Spanish Galleon, since they had no pirate code
of honor they were damned to Davey Jones’ locker for eternity.

The Krewe of the Black Pearl left the Atlantic Ocean behind and continued the journey through the Caribbean and then into the Gulf of Mexico where they made port in the middle of the peninsula in a place called Tampa Bay. It is here that they met the King of Pirates, Jose Gaspar, who was so impressed with their bountiful booty and brazenness that he asked them to fly under his flag in the invasion of this place. So the Krewe of the Black Pearl stood behind Ye Mystic Krewe
of Gasparilla in their venture to gain
control of the City of Tampa
… the rest is history.


Thank you letter from Showmen's. 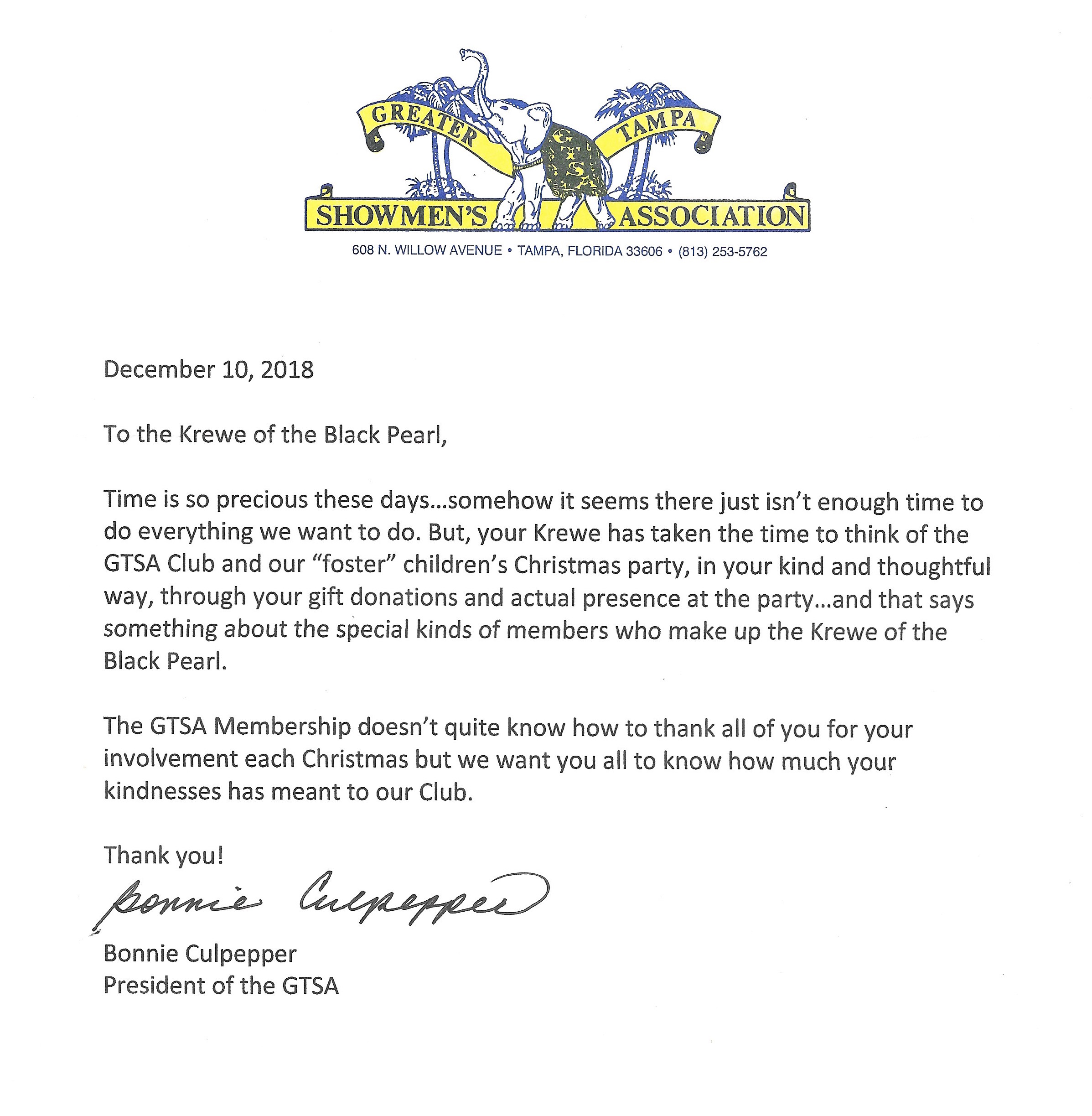